We're open 24/7 and ready to help you during COVID-19 with Sanitization Solutions.

Flooding In The Delta

The many rivers that empty into the Gulf of Mexico are overwhelmed once again, and this time it may break records set all the long way back in 1984. 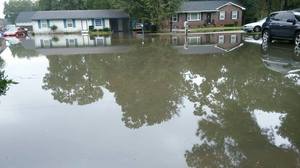 Some of the area has experienced as much as three inches of rainfall on Wednesday, and this has brought life to a near stand-still for parts of the city.

Residents are also poised to deal with an additional four to six inches that are due to fall over the course of the rest of the weekend.

With this huge amount of rainwater pouring down on the basin, the Tickfaw, Amite, and Natalbany rivers are due to breach their banks.

The resulting flooding is projected to inundate the surrounding area with enough water to raise banks up to 40 feet in some areas which will cover large sections of both residential and commercial areas.

Parts of the I-110 have been shut down, due to the flooding, and many residents have resorted to sandbagging their properties in order to stay dry and safe.

With all this flooding imminent, residents are encouraged to either seek high ground, or to make use of prefilled sandbags to protect their property which can be found through the locations listed on this ABC WBRZ-2 post.

If you have your own sandbagging supplies, the following guide will help you to get the most protection possible from your efforts.

Most importantly, it is critical that you keep yourself safe in these situations, as while you may be able to sandbag and protect your home, your belongings and property are not as important as your life, so be vigilant, but know when to seek high ground too.

Other Preparedness Steps To Take

Sometimes, you can’t sandbag your way to safety and the only option is to evacuate the area. If that happens, it is best to have a preset plan for all your loved ones to know what to do and when to do it in case of an emergency. 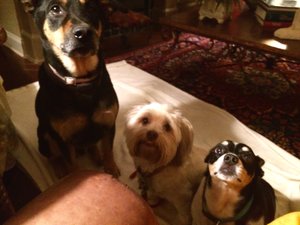 One of the best plans is to have a meetup spot that is in a high ground area where the water has historically never touched before.

Let everyone in your family know where this is, how to get there from anywhere else, and how to communicate with the rest of the family if they can’t get there, or have to evacuate to someplace else.

Many times in disaster situations the phone services are down due to the overwhelming of the system, and this can keep vital information from getting to the people that need it the most.

In this worst-case scenario, make sure that you have a bug-out-bag ready to go with all of the things you might need to survive a few days without the luxuries of home.

In this bag you might want to include the following items: extra cash to solve various problems, a knife for everything else that money can’t buy, flashlight, sleeping bag, water purification tablets or bleach for the same purpose, dry food or canned food, any medicines that you might need if away from home, and any pet supplies of all the same types.